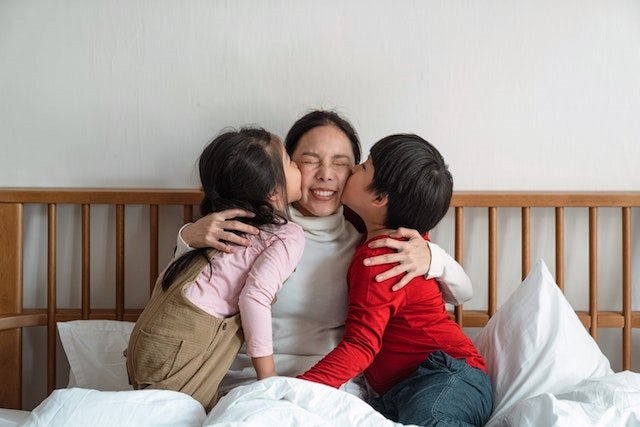 Top 14 Reasons Why Do Mothers Hate Their Daughters But Love Their Sons?

If the mother feels that her daughter is more beautiful than her, it can raise conflict between them. It can be the reason for daily fights and arguments and finally lead to a toxic relationship between mother and daughter.

The mother starts hating her daughter because she thinks her looks and appearance are much better than hers.

Mothers don’t compare their sons’ looks and appearance with theirs. So, this doesn’t lead to fights and arguments. Consequently, a good relationship is maintained between them.

2. Daughter Don’t Listen To Her Mother

Some daughters don’t give much respect to their mothers. Their thoughts don’t match, leading to an argument between them. The daughter doesn’t listen to the mother’s advice, which leads to conflict t and spoils the healthy relationship between them.

On the other hand, if the mother has a son and if he listens to her mother word by word, then it’s pretty evident that the mother will love her son more than the daughter.

The opinion difference between mother and daughter can also be the reason for arguments and conflict and develop toxic relationships between them. Consequently, the mother starts hating her daughter.

On the other hand, if the opinions match between mother and son in almost every matter, it develops a good relationship between them. Consequently, the mother starts loving her son more than her daughter.

4. Mother Is Not Able To Communicate Properly With Her Daughter

Sometimes a mother cannot communicate appropriately with her daughter. Consequently, it leads to fights and arguments, and finally becomes hard to maintain a good relationship between them.

But if the mother can communicate appropriately with his son, there will be no fight. She starts loving her son more than her daughter.

Some mothers always dream of giving birth to a son. But after waiting for long years, nature decides something else. She gave birth to a daughter. It can be the reason for hating her daughter.

The situation becomes very hard when the mother gives birth to a boy after a few years. She will start loving his son and will give him more attention than her daughter.

Insecurity can be the reason for an unhealthy relationship between the mother and daughter. Sometimes the mother is insecure about her daughter and thinks that she will lose her partner or husband because of her daughter. So, she tries to give her commands in almost everything, leading to a clash.

On the other side, mothers are never jealous of their sons and don’t get insecure about them. So they have a good relationship with their son.

On the other hand, if the mother has a son who follows her steps and obeys her in everything, then it’s pretty natural that the mother will love her son more than her daughter.

8. Opinion Difference In Career And Marriage

Sometimes mother wants her daughter to marry when she is 25 years old, but the daughter wants to focus on her career and do a good job. So, there exists an opinion difference between mother and daughter regarding career and marriage. It leads to many arguments and fights and finally spoils the relationship.

But most mothers want their sons to succeed in their careers and then consider marriage. So, in such cases, there will not be any opinion difference. It leads to a good relationship between mother and son.

Patriarchy is a social system in a household where men are dominant over their wives. In such cases, if the mother gives birth to a daughter, then her husband and his relatives will not like her. She has to face taunts every time. Consequently develops anger toward her daughter and starts hating her.

10. Mother Interferes In Daughter’s Life In Every matter

If the mother has grown up in a strict family, she will try to control his children. So, if a mother interferes more in his daughter’s life in almost every matter, it will lead to arguments and conflicts and finally spoil the relationship.

In some families, there is a tradition that daughters will take gifts and dowry at the time of marriage. It puts a lot of pressure on parents, especially mothers. They start saving money right from the birth of the daughter. The dowry becomes a burden for the entire family. Thatswhy many women don’t want to give birth to a daughter.

On the other hand, if a son borns, then the mother becomes delighted as he is loved more by his husband and inlaws.

Fear of rape can also be why mothers do not want to give birth to their daughters. If a daughter is born by chance, the mother is always scared to leave her outside or attend late-night parties. It may develop a clash between them and finally creates an unhealthy relationship. It is not the case with sons in a family. So, mothers love their sons more than their daughters.

13. Culture In Some Countries

There are few countries in World where a daughter is born into a low-income family; then, they are sold in a brothel. The male members of the family usually take the decision, but sometimes the mother has consented to it.

It may be the reason for the unhealthy relationship between the mother and daughter. Additionally, even if the daughter escapes from the brothel, she cannot trust her mother.

14. Mother Show More Love Towards The Son With Anticipation That She Will Get Return Later

Some mothers think that daughters will marry and go to others’ houses. So, they give their son more love, affection, and career scope with the expectation that they will get back all these things in their golden years. This thinking makes them hate their daughters and loves their sons.

MORE POSTS: How to Deal with a Messy Child?

What Are The Signs That Shows That A Mother Hates Her Daughter?

1. Mother Yelling At Her Daughter

2. Mother Show More Concern And Affection Towards Son Than Her Daughter

3. Mother Don’t Have Interest In Daughter’s Affairs And Social Relations

If a mother is not interested in her daughter’s social relations and affairs, it can be a bad sign. It can be an indication that she doesn’t like her daughter.

If a mother constantly insults her daughter in front of relatives or friends and calls her disrespectful names, then it can indicate that she doesn’t love her daughter.

MORE POSTS: How to work from home with a one-year-old?

What Are The Signs Of A Daughter Which Shows She Hates Her Mother?

Mothers are next to God. Buts sometimes, because of certain circumstances, an unhealthy relationship develops between mother and daughter. It becomes so toxic that the mother starts ignoring her daughter and giving love and affection to her sons.

We have stated above some possible reasons why a mother can hate her daughter and love her son.

If you are a daughter and think your mother hates you, your first step should be to find out why your mother doesn’t like you. Then try to understand the situation and try to improve the relationship.

We thank you for reading this article and hope you will share it on any social media platform so that many people can read it.

MORE POSTS: When did you realize your parents were bad at parenting?